I did not know about this place before. Neither did I have a clue of it's beauty. The Western Desert in Egypt is quite a remote stretch of land far away from the fertile and livable Nile river area. My friend Axel and I flew to Cairo in November 2014, spent a few days around Giza and then went off with our own guide and driver towards a five day tour around Western Desert and its oases. I hope you also enjoy the beautiful landscape of the desert and the street scenes of the oases with this article. 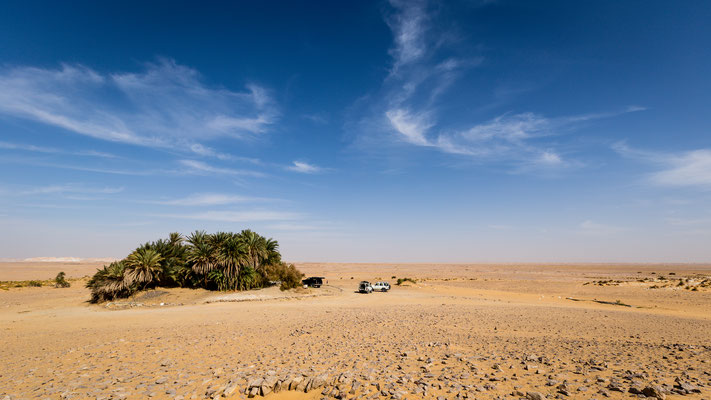 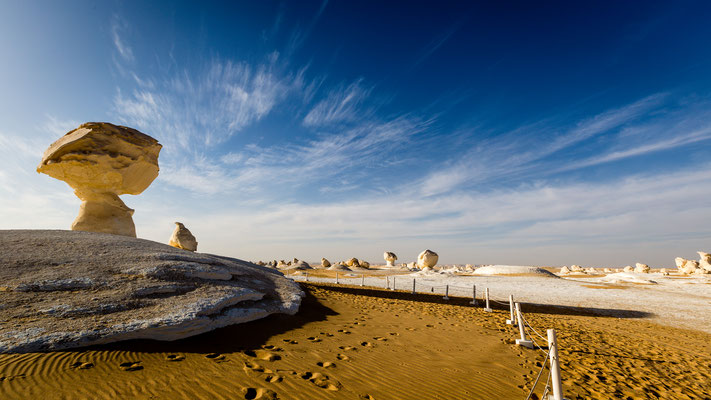 The White Desert (Sahara el Beyda) is located within the Farafra depression. It is a national park and 45 km north of the town of Farafra. The name of the desert is obvious since the chalk rocks feature colours from snow-white to cream. The rocks where formed by centuries of erosion and sandstorms and form quite an abstract scene. The big rock above is called "mushroom" or "chicken and tree" if you look from a different angle.

The Western Desert tour can be split with three overnight stays in the respective oases of Siwa, Bahariya and Dachla. We made extensive use of walks around town in each of the oases for some street photography as well as street scenes. You can see some different modes of transportation down below. But these cars will most probably never drive again. Donkey carts and mopeds with at least three people on it are way more common. 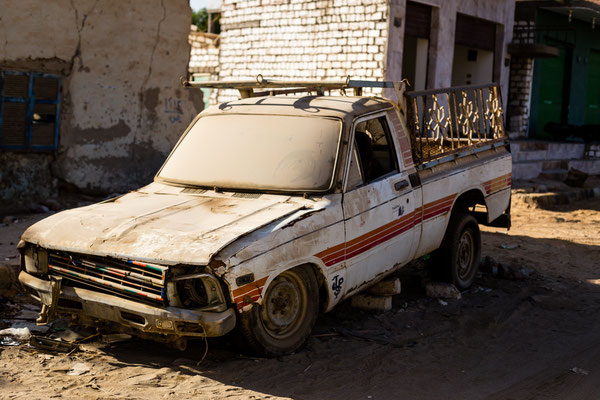 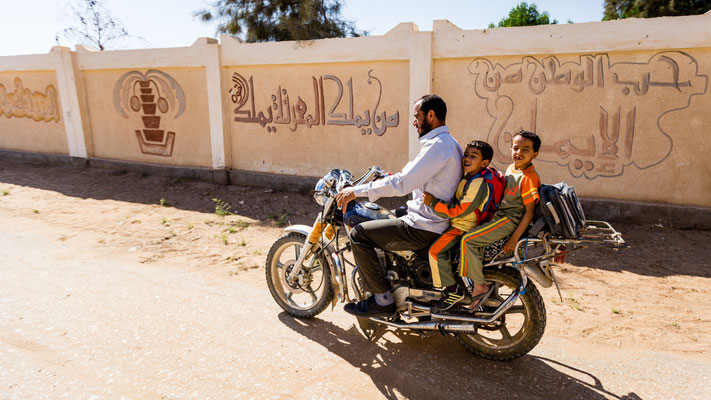 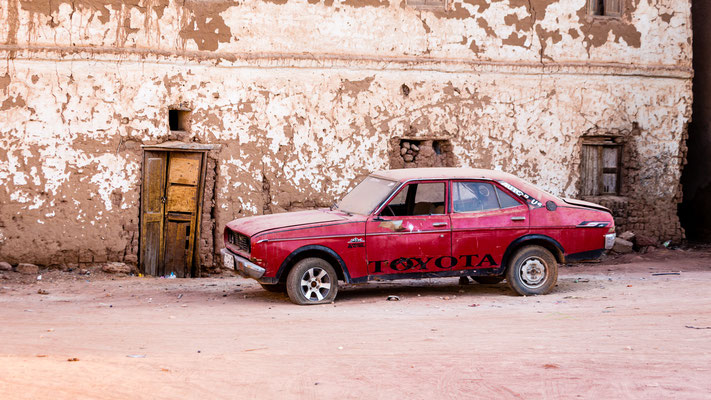 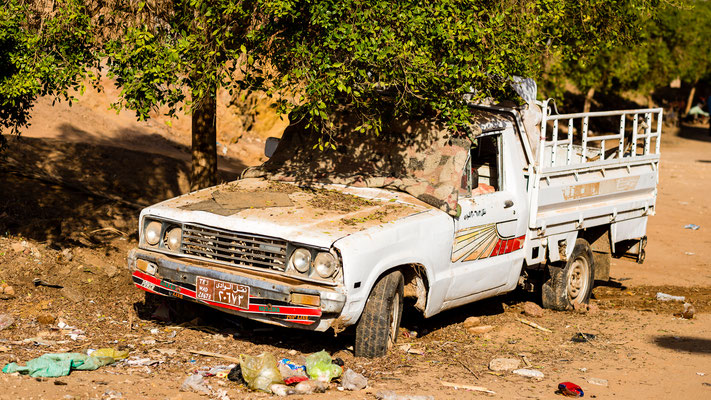 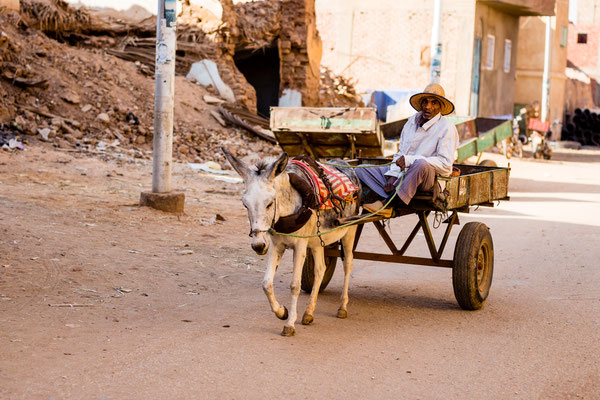 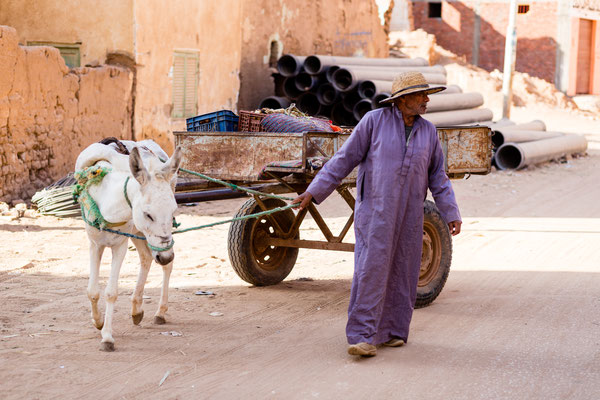 This is the English Mountain during sunset and blue hour. It is just short of the Bahariya oasis. We arrived there just in time for sunset and the old ruin made for some nice silhouette for the sun star. The name ‘English Mountain’ was given it’s name due to the British Forces occupying the region during the first World War. You could spot any forthcoming advances from Libyan troops due to the high vantage point. 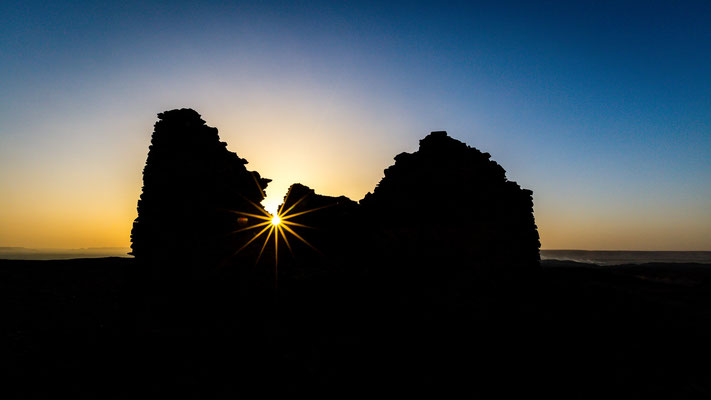 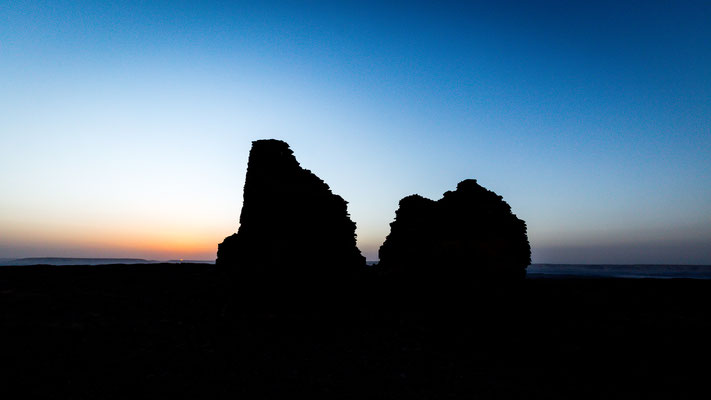 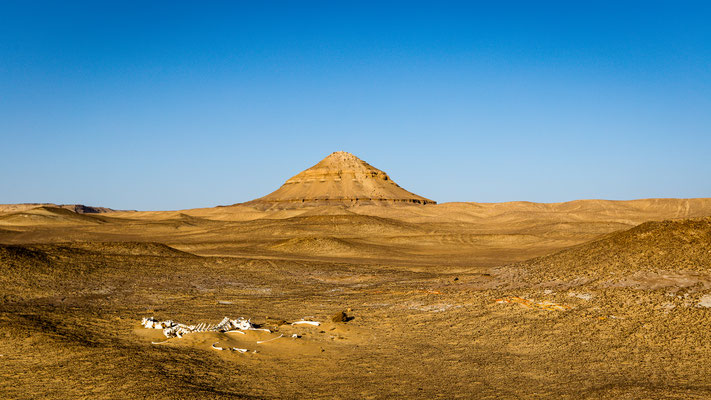 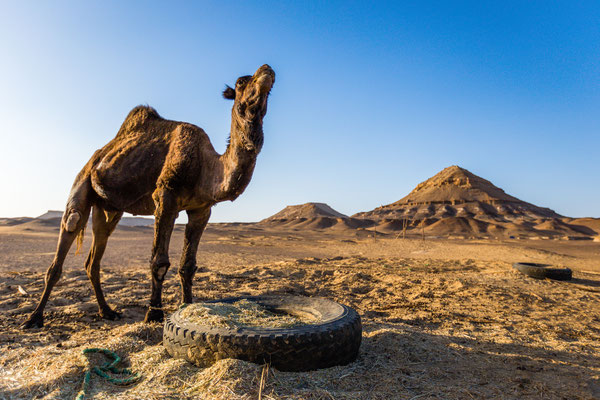 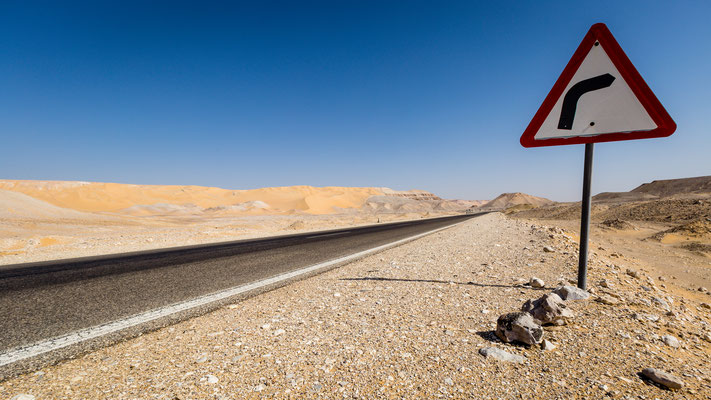 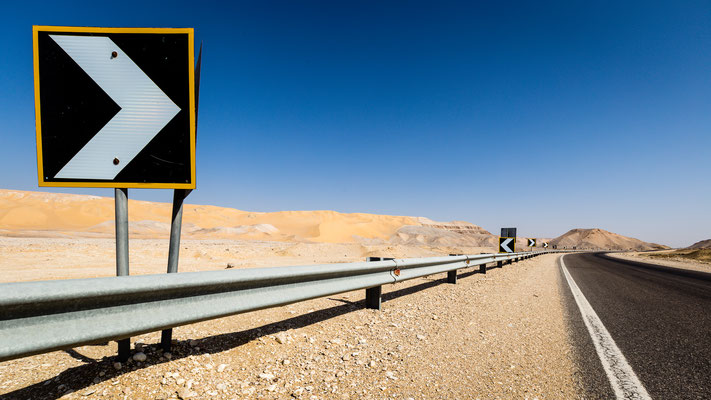 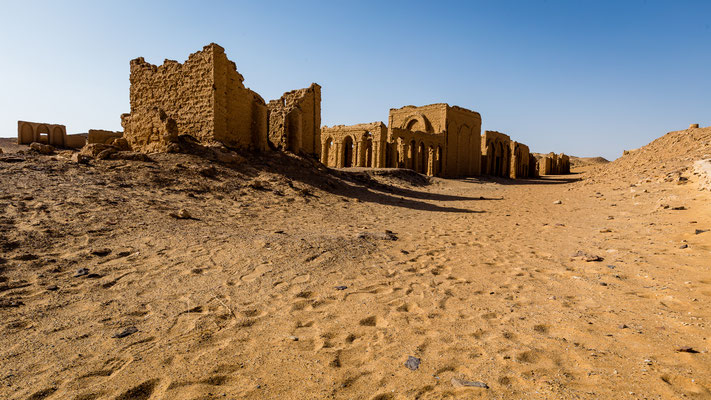 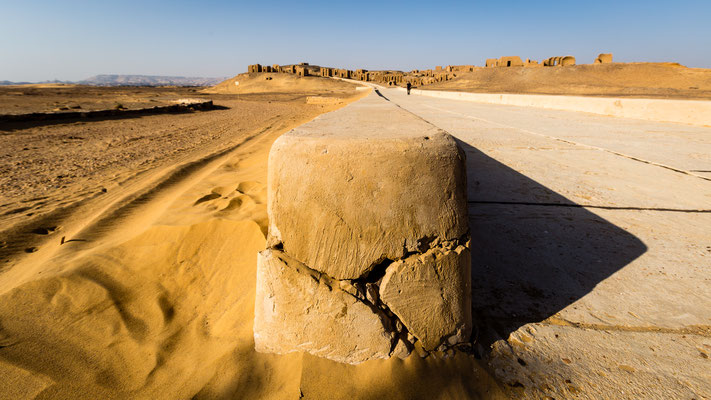 I love market places abroad, especially at night. Lots of smells, unknown noises, visual impressions and lovely people. These kids were really keen to get their picture taken. Just a pity that they will most probably not see their portraits here. 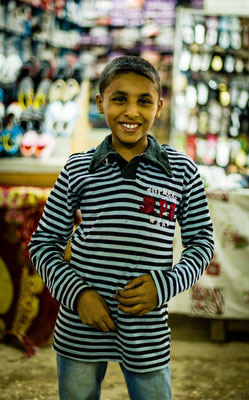 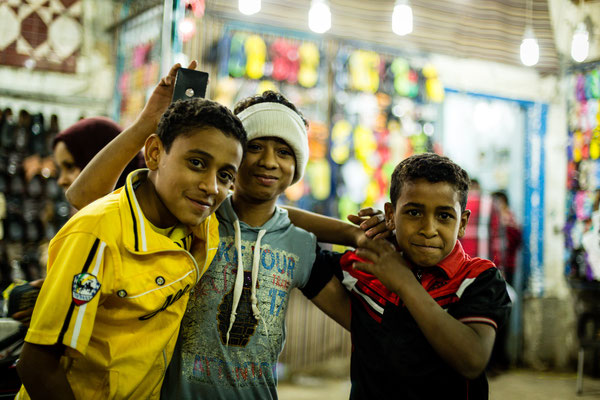 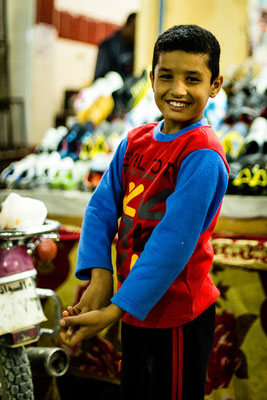 Make sure to also check my Egypt gallery as well as my Street photography - Egypt style article.