I flew to Tallinn with a friend of mine for a long weekend mid August 2017. After spending my bachelors party in Riga, Latvia, Estonia was my second Baltic country to visit. "If you want to please an Estonian call Estonia a Nordic, not a Baltic country", our tour guide said. And indeed, although Lithuania, Latvia and Estonia are called the three Baltic countries there is plenty of things differentiating them: They do not even share the same language - in fact Estonian is along Finnish and Hungarian in the Uralic languages family - nor culture and habits. Coming from Hamburg - also one of the cities of the Hanseatic league - I like the old mercantile vibe in the capital of Estonia, the former Reval. Unlike most of the European capitals Tallinn has preserved much of the 13th century city plan (and even some buildings). This resulted in the UNESCO world heritage status back in 1997 for the old town of Tallinn. 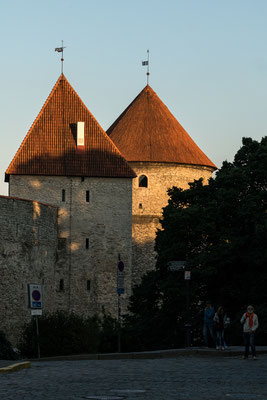 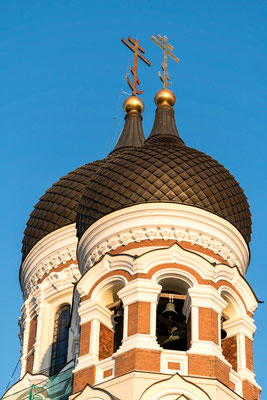 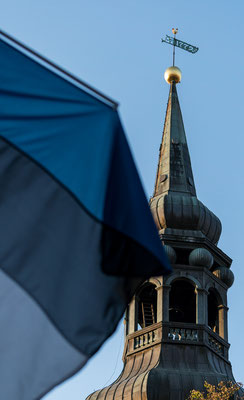 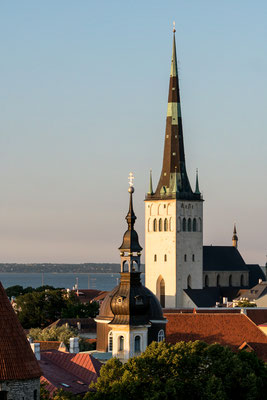 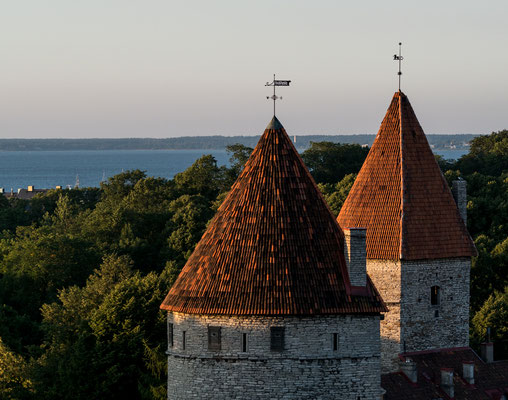 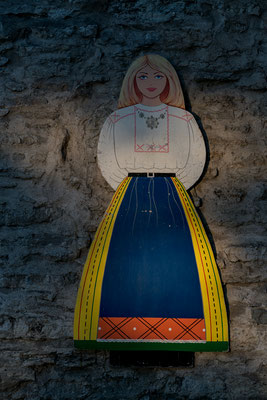 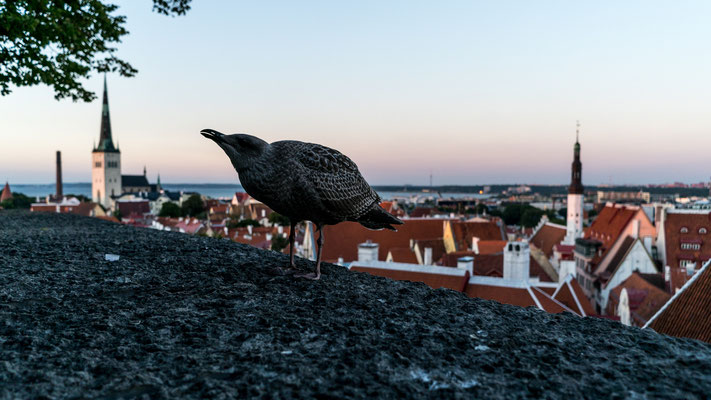 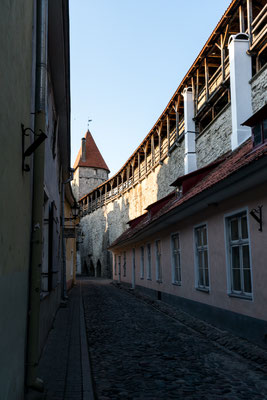 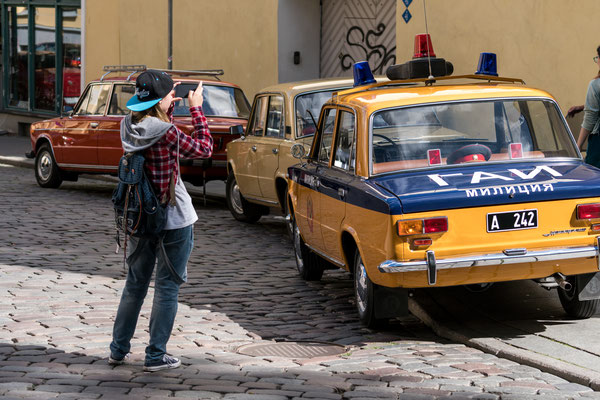 Find your spot and time avoiding the tourist flood

Its best to enjoy the old town in the morning before 10 h or after 16 h when the tourists are back aboard on their cruise ships headed for the next stop of their Baltic cruise to St. Petersburg or Helsinki. Although I spent most of my vacations in road trip manner, changing locations at least every second day, I really like staying in a new city for quite some days. This gives you plenty of opportunities to get familiar with a place and even revisit locations at different times of day. If the weather is not to your liking come back next day. If there are too many tourists around, come back next morning for sunrise. Also, you can shoot a location with wide angle and up close to get different frames and compositions. We made use of these opportunities during our walks around the Nordic capital.

The old town of Tallinn is basically divided in two parts: the lower and the upper town. The latter is called Toompea (Cathedral hill). It is filled with old buildings and offers stunning views towards the lower town and the harbour. On top of the limestone hill there is the seat of power since centuries with the Toompea castle and the Estonian parliament. Toompea is also home to two major churches, the St. Alexander Nevsky Cathedral and Cathedral of Saint Mary the Virgin, or the Dome Church (Toomkirik). You have plenty of viewing platforms on Toompea and you can easily spot the well-preserved guard towers dotted along the old city walls of Reval. 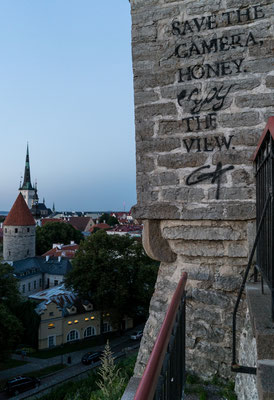 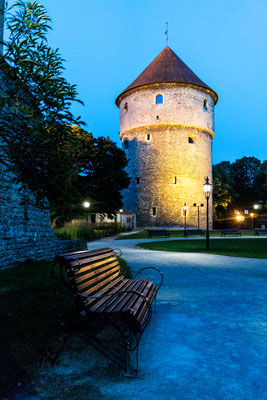 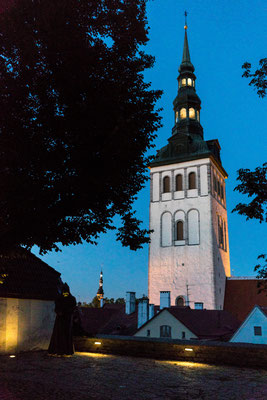 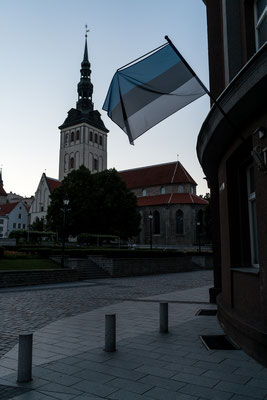 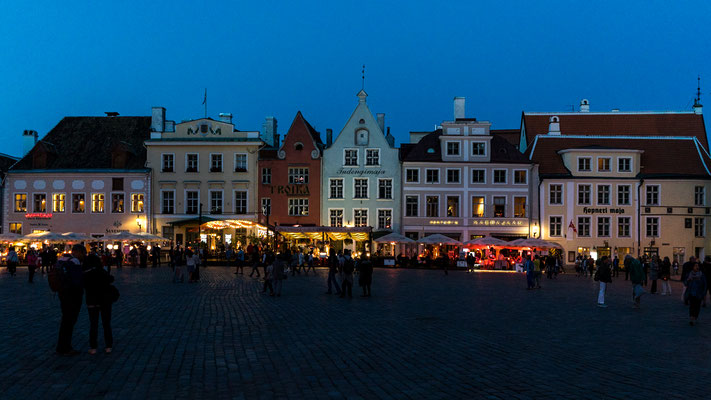 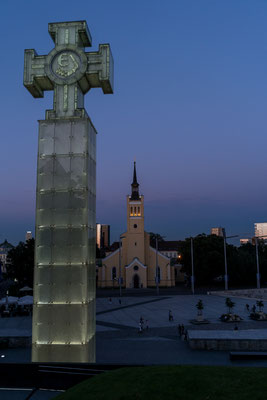 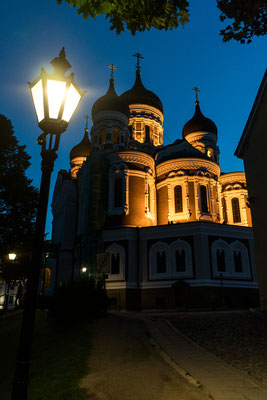 Enjoying the view from atop St. Olaf's church

After spending two days in Tallinn it was time for a special viewing platform. We decided to climb a building that was arguably the tallest in the world in the late 16th century: St. Olaf's church. One of the major churches in the lower part of town and one of the biggest buildings in Tallinn. Its tower is 159 m high and only accessible via staircase (open from April to October). It even served as some kind of signpost for ships to navigate the eastern part of the Baltic Sea. St. Olaf's church was hit by lightning ten times and burned down three times (in 1625, 1820 and 1931). Its current shape dates back to the 16th century, the original church even back to the 13th century. A major sight to see from atop is the almost 4 km-long limestone wall. Eight gates and 46 towers back in the days. Today, half of the wall and towers are still standing. 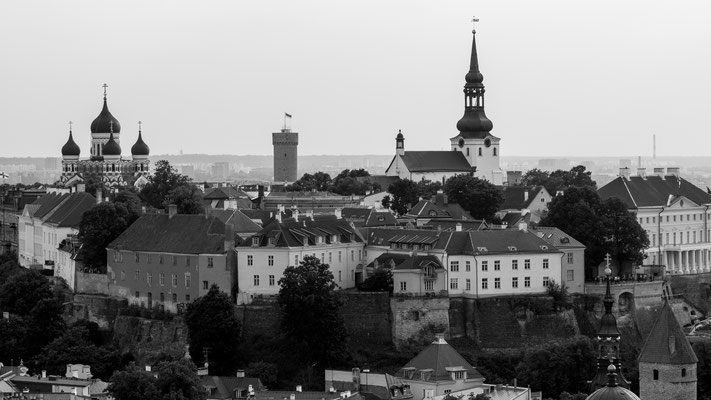 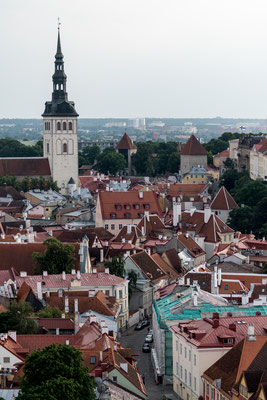 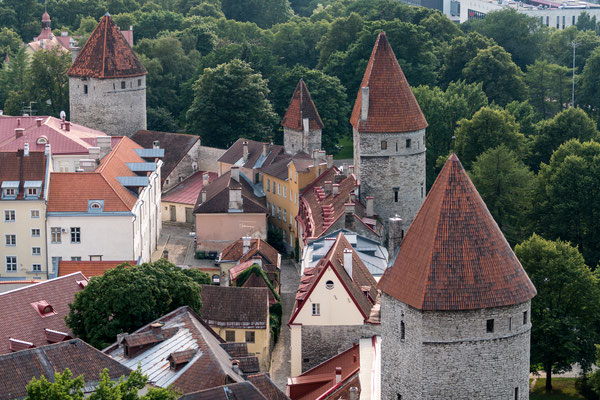 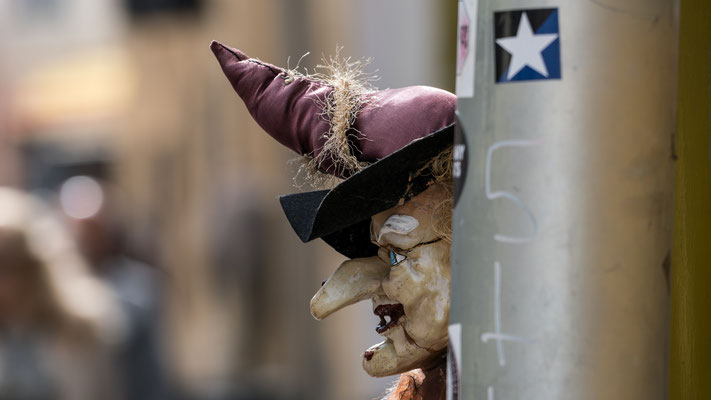 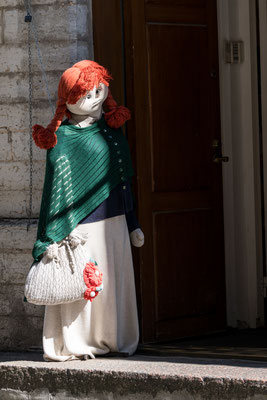 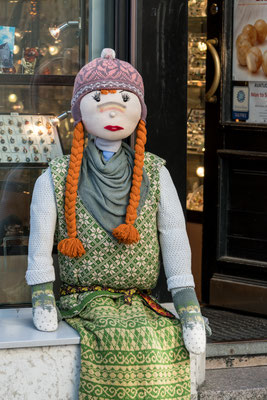 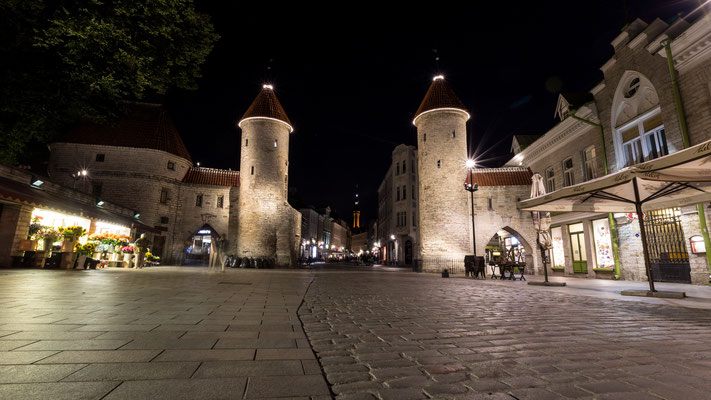 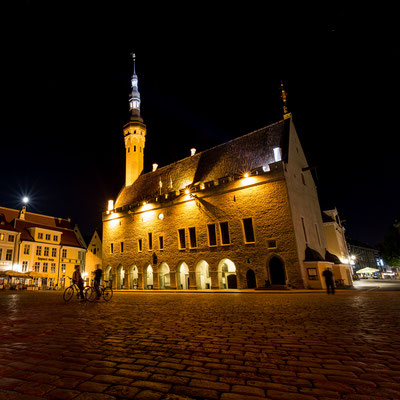 I really liked the Tallinn vibe with its medieval architecture and its position at the Baltic Sea. It was definitely worth paying a visit. Make sure to check my Estonia gallery and more blogposts about this Nordic country.