The colourful beach houses of Muizenberg

Some people call them 'beach huts', some 'beach house's, others 'bathing boxes' or 'beach boxes'. The colourful beach houses of Muizenberg are without a doubt one of the most identifiable and photogenic spots South Africa has to offer.

The beach houses were about to be removed in 2017 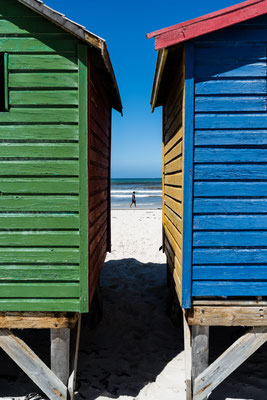 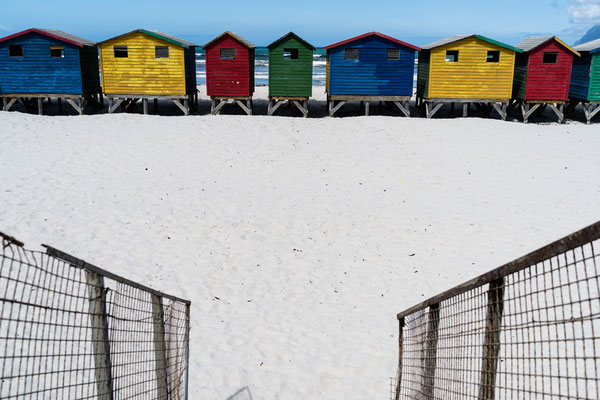 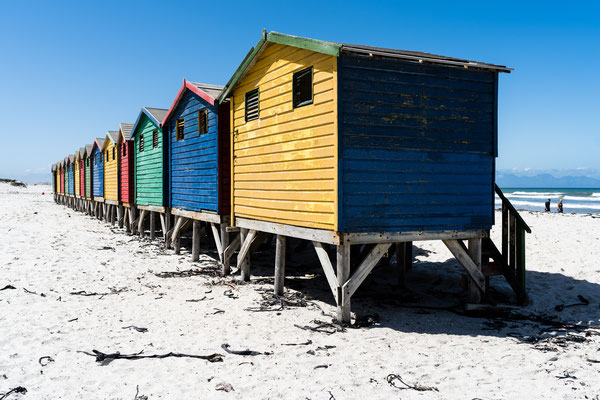 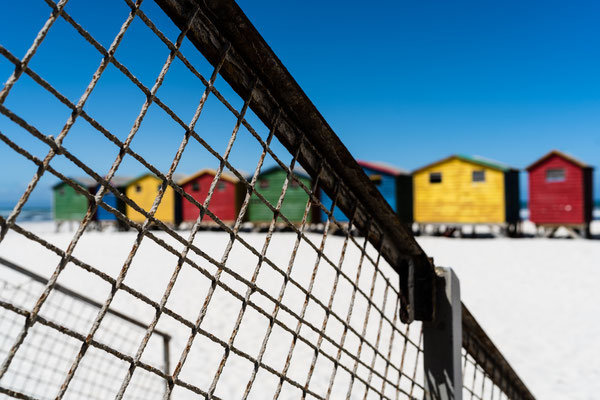 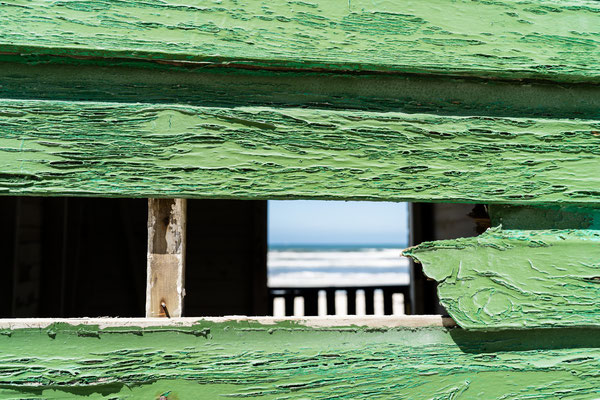 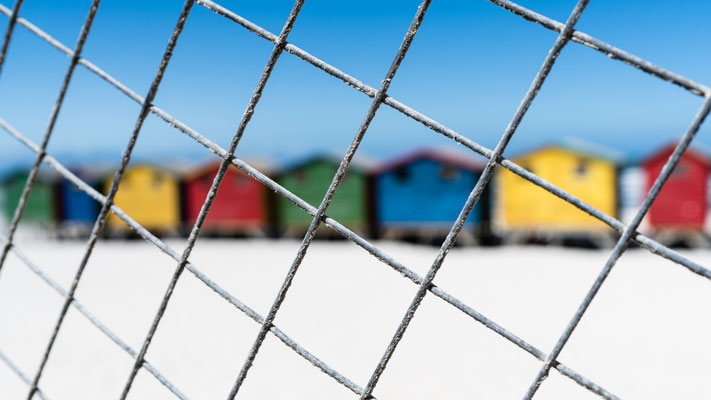 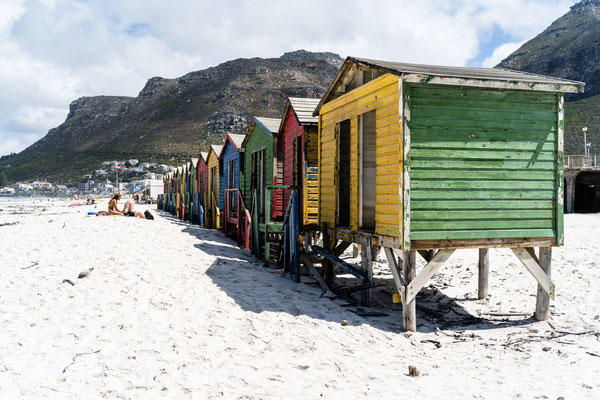 The coastal town of Muizenberg is about 25 km south of Capetown at the shore of False Bay. It is about 20 min by car or 45 min by train since it sits on the Capetown-Simon's Town railway. Muizenberg was a popular bathing place back in the days, especially for  Capetonians. No wonder since the False Bay is about 5° C warmer than the Atlantic side in Capetown.

The colourful beach houses are the landmark of Muizenberg. You will find them on different spots along the 32 km long False Bay coastline (i.e. in St. James). But these are by far the most prominent. People rent them for a whole season as changing rooms and for storing surf boards. They are also very popular as backdrops of touristic pictures as well as for big commercials. Originally, they were set up as some kind of a throw-back to the bathing machine of the 1800s. A cart-like structure that was rolled down to the beach allowing the ladies the change in their bathing wear.

Muizenberg beach offers two rows of beach houses. But their condition is quite poor these days. An outcry due to a possible removal of the huts back in 2017 was successful. They are still standing and offering a very photogenic backdrop. I have been here first time in 2014. And I really like the different colors, the position on the beach and their patina. When I visited six years ago they were painted that day. No it is easy to see them in desperate need for some paint.

Muizenberg beach is ideal for beginner surfers and children

The Muizenberg beach is a very wide and shallow beach. It is a nice spot for beginner surfers at the False Bay as well as children playing in the water. There is also not too much swell and it is quite safe.

Coming ashore after a full day of fishing 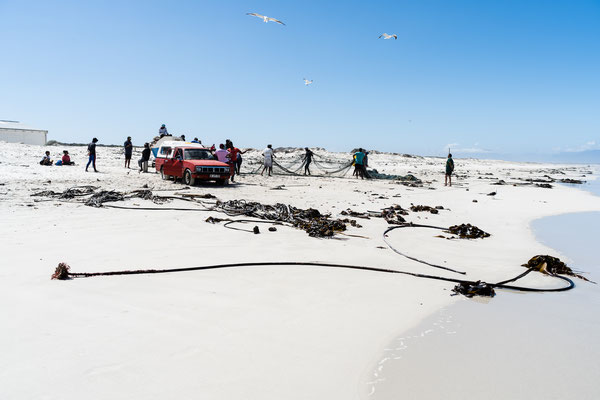 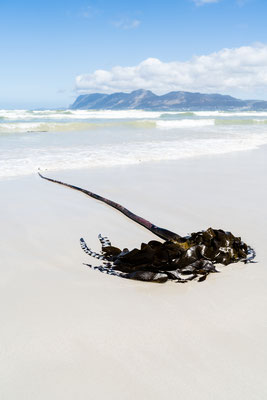 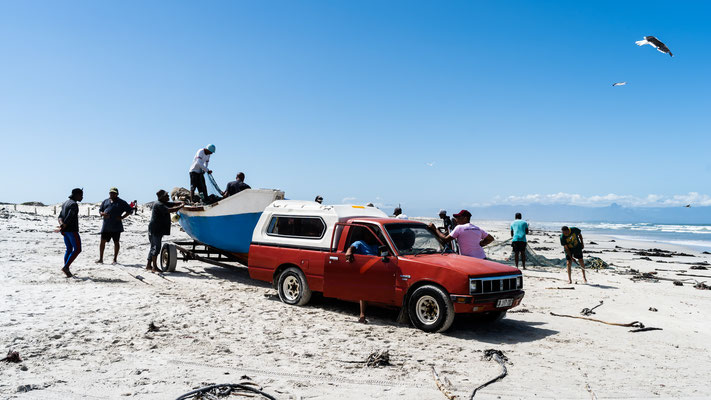 Walking along the Muizenberg beach towards the east we stopped at this scene. A big group of fishermen and some hoping hands were getting the fisher net after a full day of fishing. It is scenes like this that I really enjoy when being abroad. Scenes that are different to what your eye is used of seeing. When strolling along beaches at the False Bay you often see pieces of stranded kelp. It is a very large brown algae seaweed that grows in large underwater 'forests'. Kelp likes  nutrient-rich and cold waters and can grow as fast as half a meter a day. 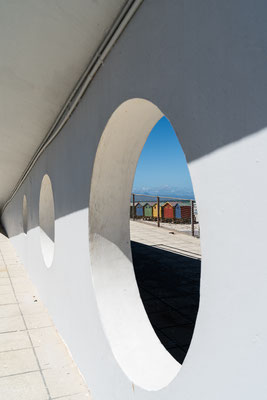 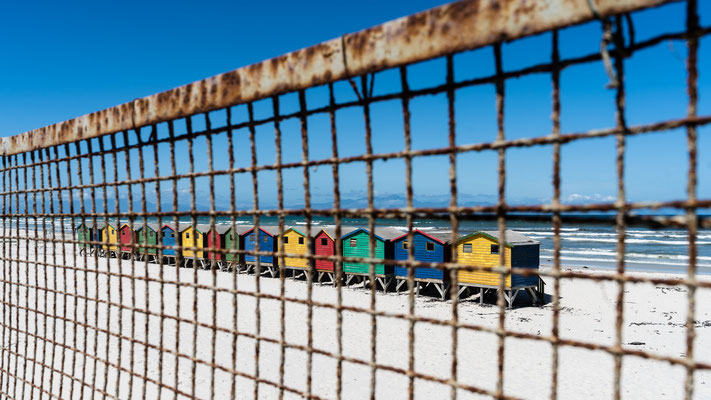 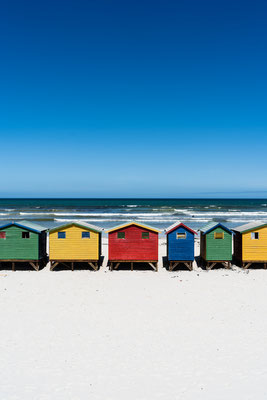 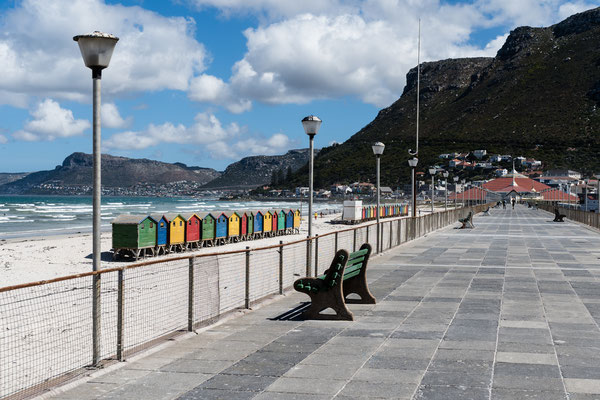