I looked to the right and saw a massive but slim agglomeration of concrete. "That must be Linnahall", I thought and turn right. I did'nt do much research before we started our long weekend in Tallinn, Estonia. We booked a flight and a hotel, checked some spots on the internet and started exploring the city. I  recognised the spot from some urban exploration pictures and wanted to check it myself. I was not aware of its origin, use or meaning. I like this kind of exploring without an agenda. When something sticks to my head I look it up afterwards anyway. This is what I did with Linnahall. 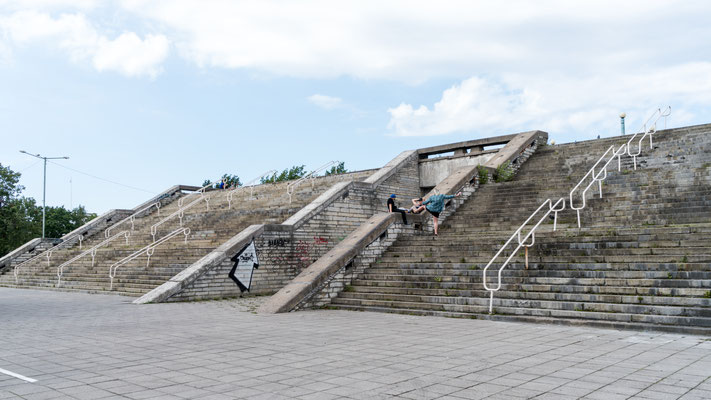 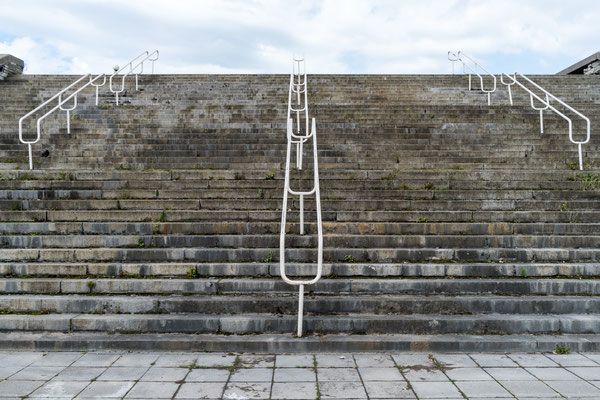 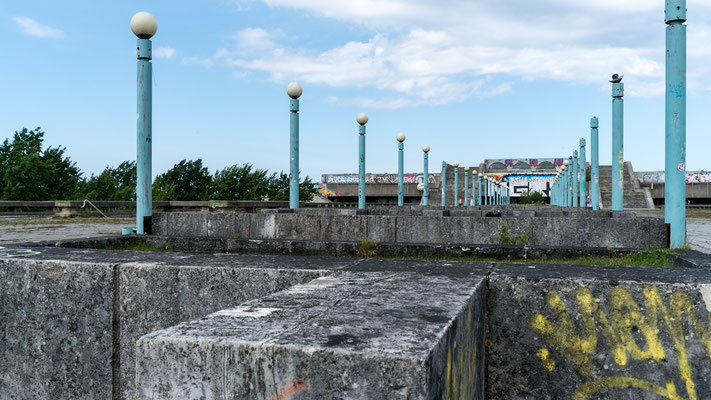 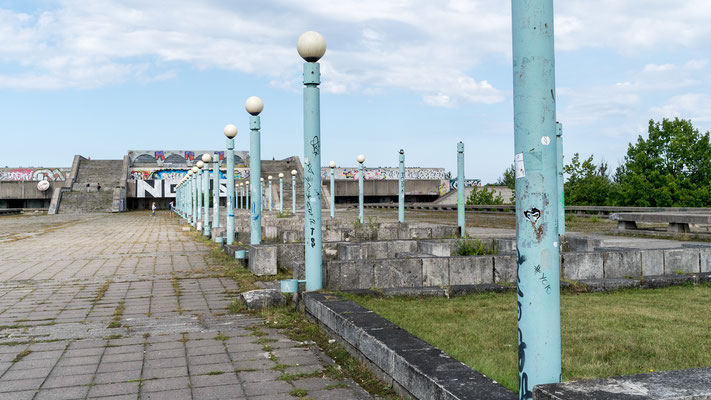 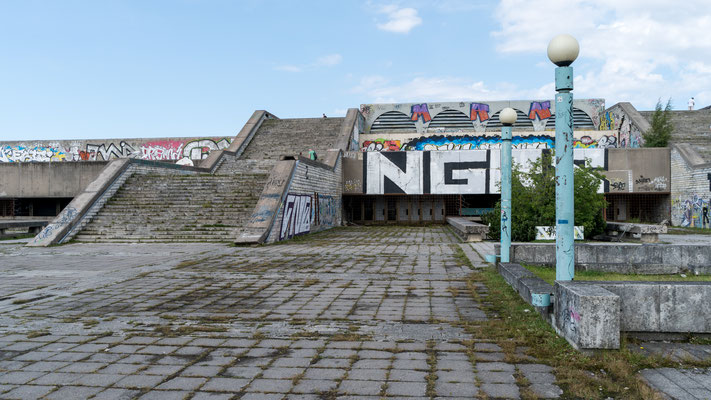 Linnahall is a former concert and sports hall in the Estonian capital. It is situated near the cruise ship harbour and in walking distance of the old town. It was designed to host parts of the sailing competition of the 1980 Moscow Olympic Summer Games since Moscow does not have much of a coastline, obviously. Back then, Tallinn was the capital of the Estonian Soviet Socialist Republic. "V. I. Lenin Palace of Culture and Sport" was its official name and is called "Linnahall" today. Walking towards and on it feels like a massiv concrete jungle that immediately reminds you of Soviet times and its architecture. Tallinn has several places like this that today feel like fallen out of time or stuck in time. Linnahall is closed since 2009 (its ice hall) respectively 2010 (its concert hall) and the unsuccessful struggle of finding investors went from 2009-2015. Afterwards the city decided to renovate itself but there is no visible activity as of late 2017. It became a stunning urbex place instead.

The design of Linnahall was a hard task for the architects since they were not allowed to block the city's view towards the Baltic sea. Therefore, they built quite low for such a large building. They also had to integrate an existing train line underneath. Today, it is only accessible from the top. You can walk above the whole biulding with its endless stairs and walkways of concrete until it opens the view towards the sea. But you can't get in. 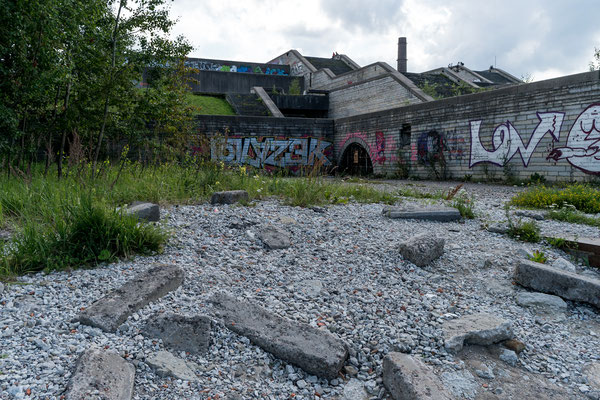 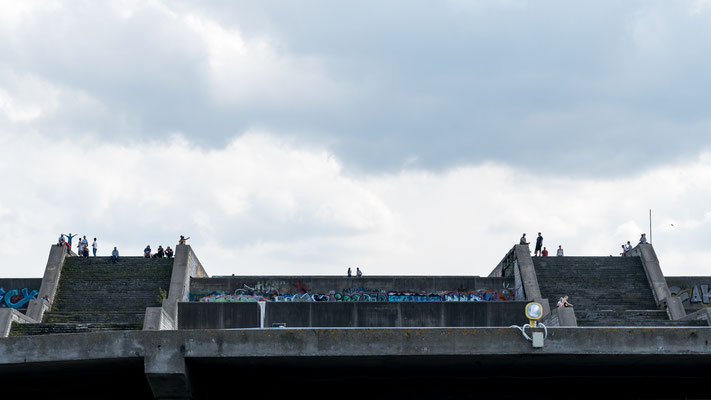 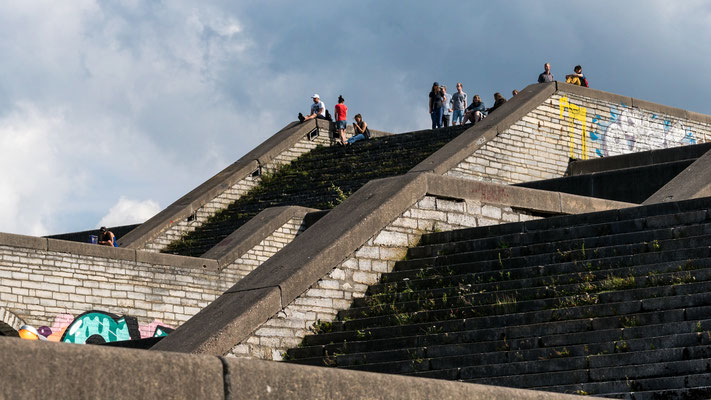 Some street photography at Linnahall as it is a popular tourist destination in Tallinn. 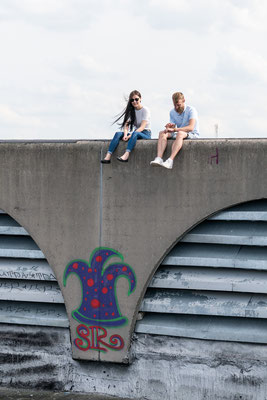 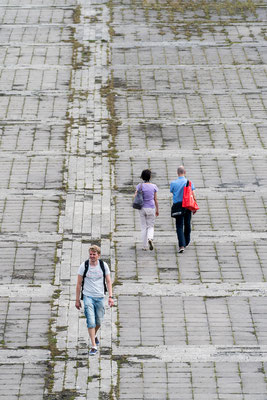 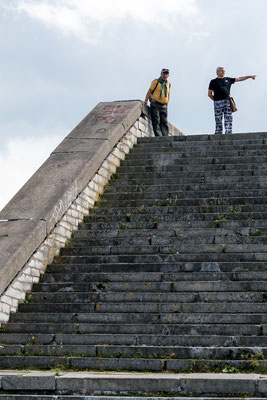 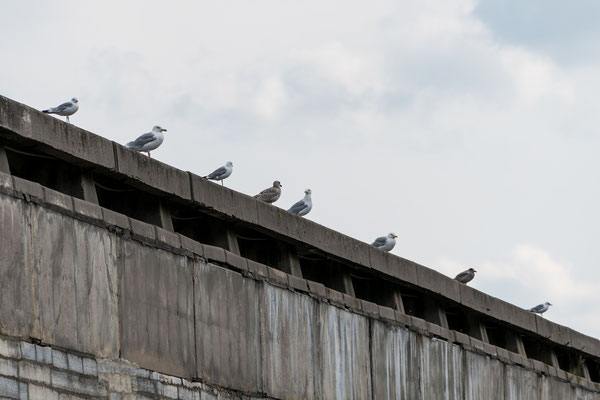 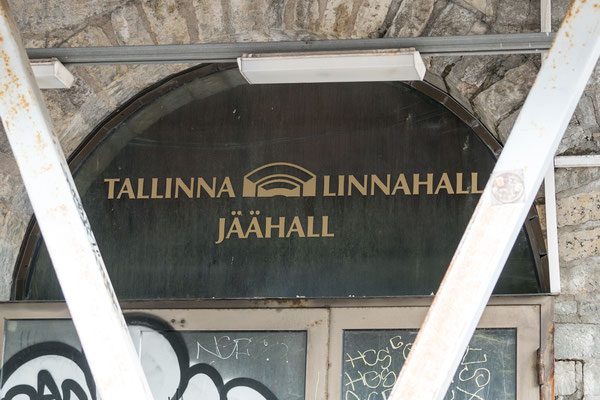 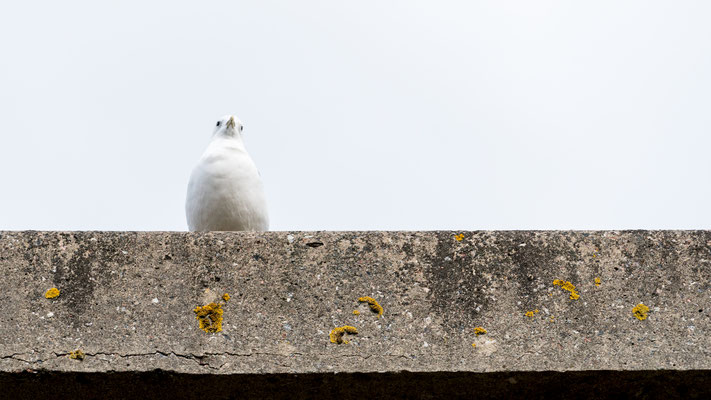 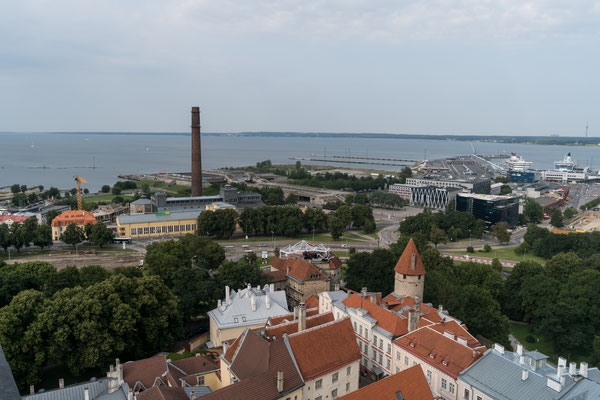 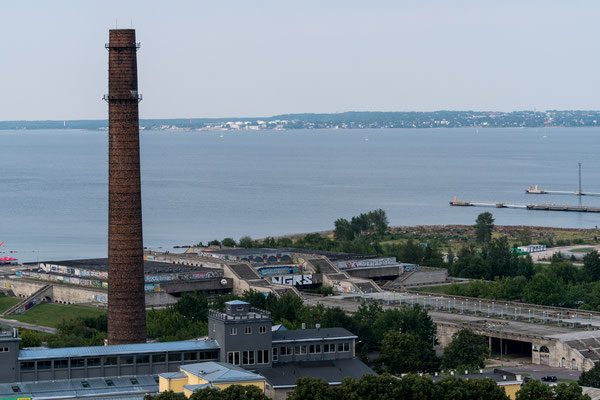 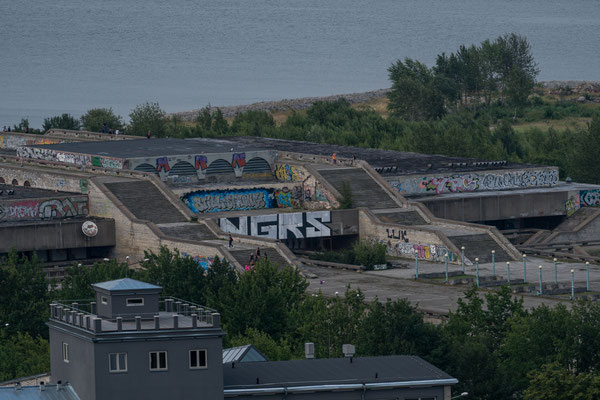 The aerial pictures were shot from atop Olaichurch two days after. Find out my best pictures from Estonia in the gallery.