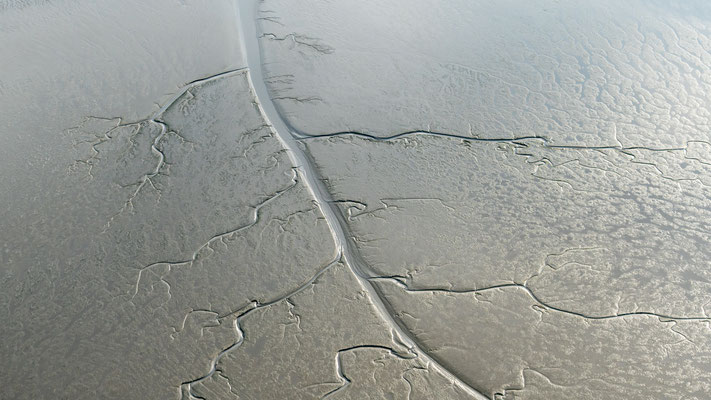 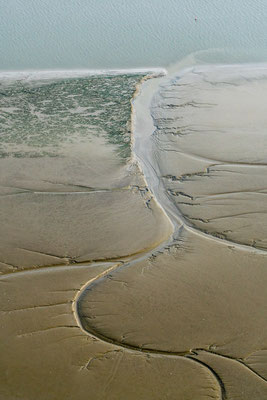 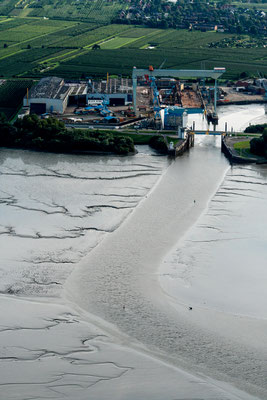 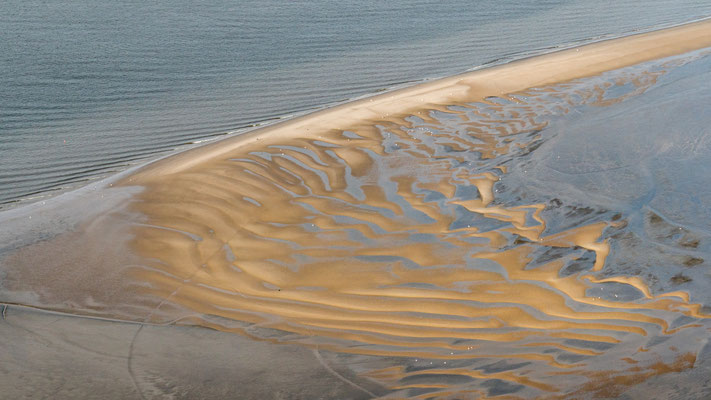 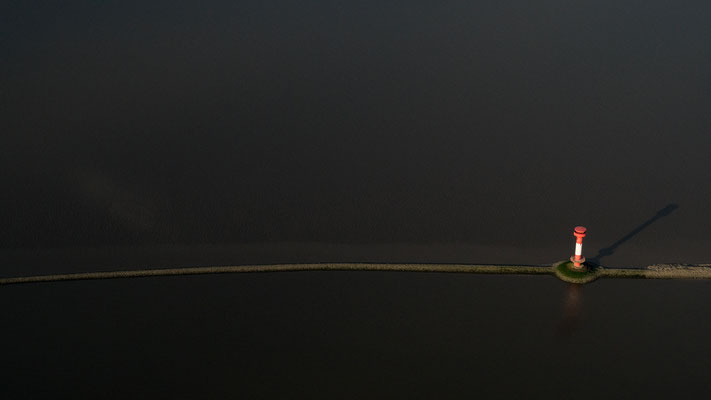 Luckily, we flew during low tide and I realised for the first time how clearly you can see sandbars and stretches of land fallen dry around the river Elbe, its islands and side arms. I love the meandering structures the low tide leaves in the sand. This is especially nice when captured with a longer lens. The flight to Hamburg was along river Elbe and took around 15 min each way to enjoy the landscape outside this metropolis. If you want to see some more Elbe shots make sure to check my River Elbe - Lifeline of Hamburg blogpost.

This was one of the most surprising shots. A mid-sized ship stranded between patches of green in a sidearm of the river Elbe. If anyone knows more about this ship I would highly appreciate a comment down below.

Photographically, you need to keep in mind to use quite a high shutter speed to avoid motion blur. Although these Cessnas don't fly nearly as fast as normal passenger jets motion blur is a thing. I used 1/1500 to 1/2000 as my shutter speed on both the wide angle and the long lens camera and adjusted aperture (between 5.6 and 8) and especially ISO accordingly. Therefore, I didn't have to many pictures to delete due to motion blur. Seeing the number of pictures taken during this hour a clicked one of the two shutters every 5 seconds! Another problem is the angle towards the window. Once you want to shoot low and use a steep angle the window is not that clear at the transition to the frame. So keep that in mind, too and you should be good to go! 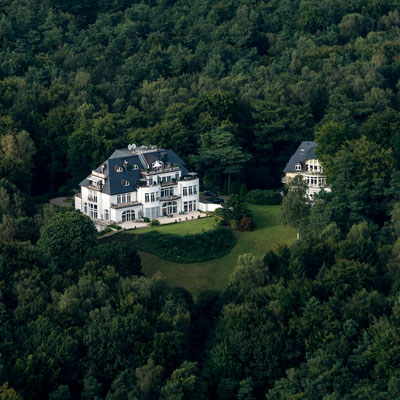 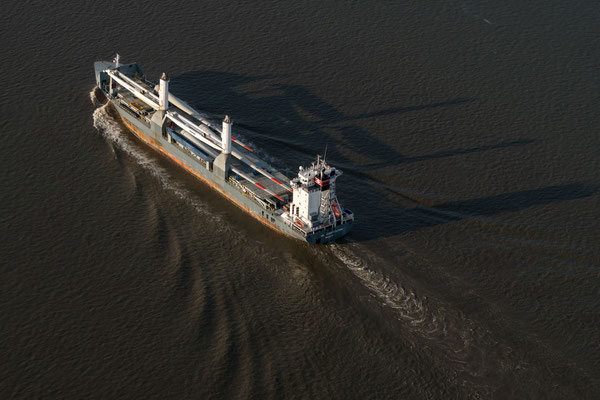 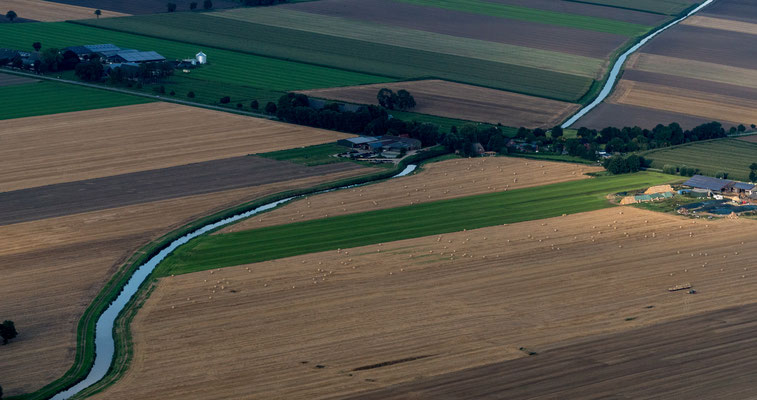 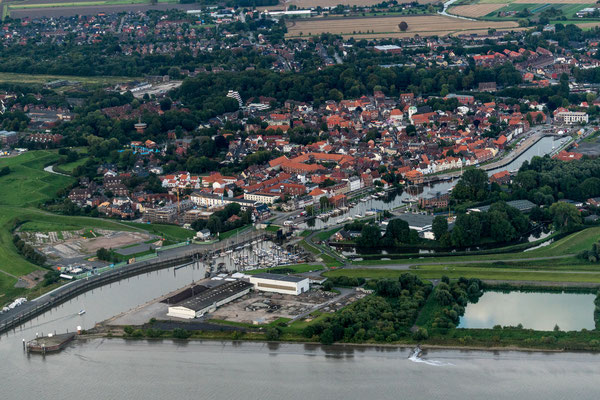 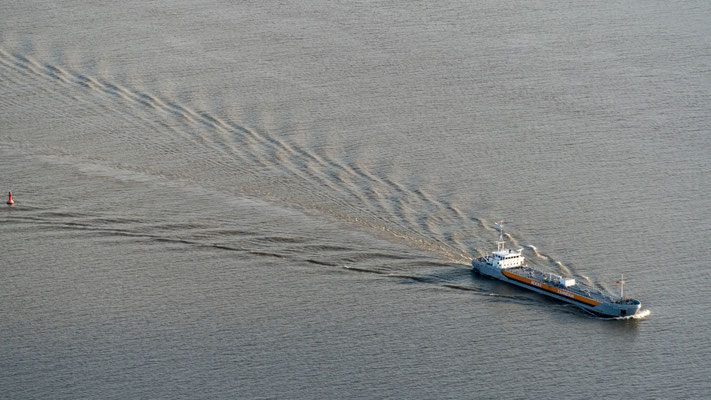 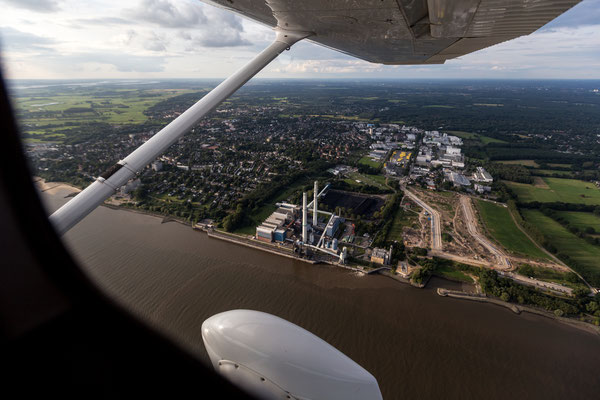 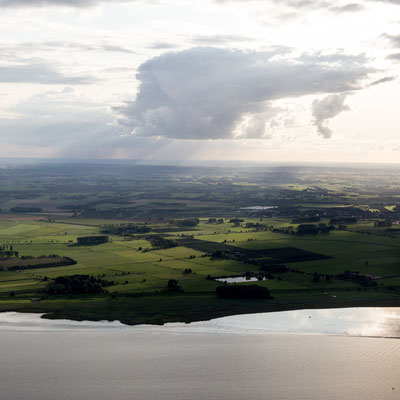 There is plenty of large and small things to spot from the Cessna cockpit: a very nice and large villa on a hill, some windmill blades - most probably for a North Sea wind farm, the beautiful city of Glückstadt etc. Our Cessna was pretty packed with the pilot and us three including our camera gear. Especially on the back seats we were constantly rubbing shoulders whilst turning around to get the next shot. The light got better the longer we flew since we started at 18 h and landed an hour later around golden hour. You should easily see what shot was taken on the way to Hamburg and back. 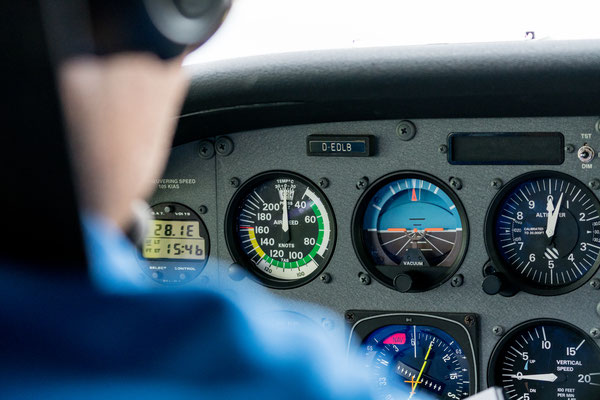 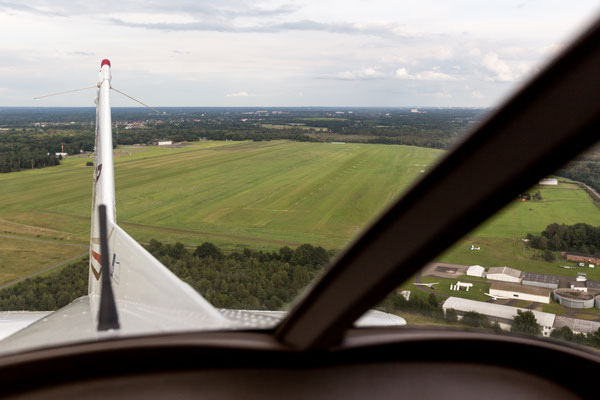 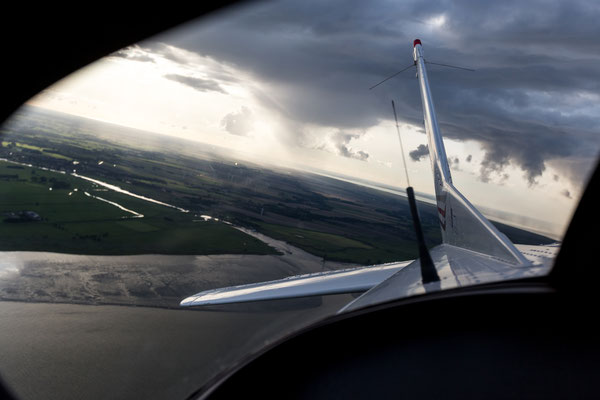 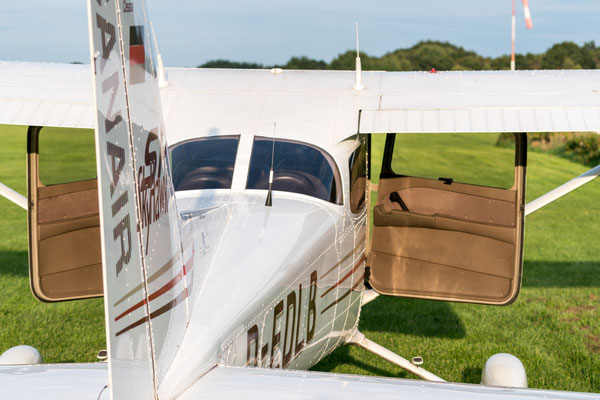 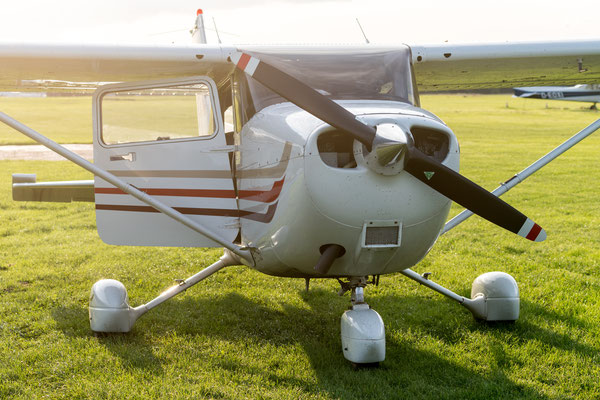 What is especially nice in such a small airplane is that you basically have a 360° field of view - well that is if you have a longer lens at least to find your little rat whole to shoot through. Most of the shots I did starboard since I was seated starboard on the back seat. But some of them I took after turning around 180° and shot backwards. This is really nice when starting off an airport like here in Uetersen or our low approach in Hamburg airport (see here).

Since our flight was already postponed twice and we only got this slot due to a cancellation I was really happy with this generous birthday gift. Thanks, Axel!