Course Camarguaise - Where the bull is in focus

I just returned from my summer vacation in the Provence, Southern France. On our road trip we stayed in the Camargue for two days which is a huge delta of the Rhone river west of Marseille. One of the small cities in the region is Saintes-Maries-de-la-Mer, a 2.700 people town in this huge nature reserve. Saintes-Maries is famous for the Gypsy pilgrimage to the patroness black Sara as well as for its Course Camarguaise - the Camargue version of bull fights. Well, not really fights, but you will find out about that. This blogpost should document this Provence tradition and not judge it. 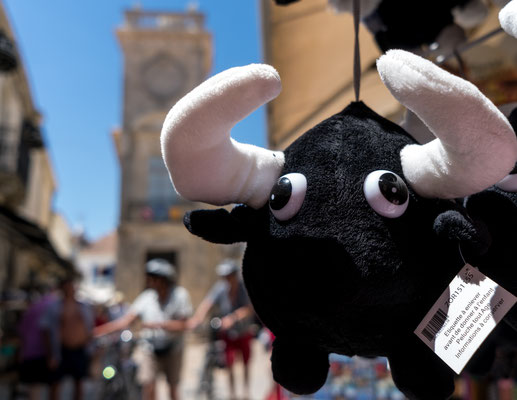 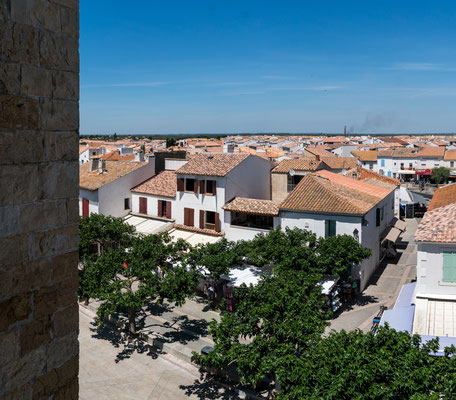 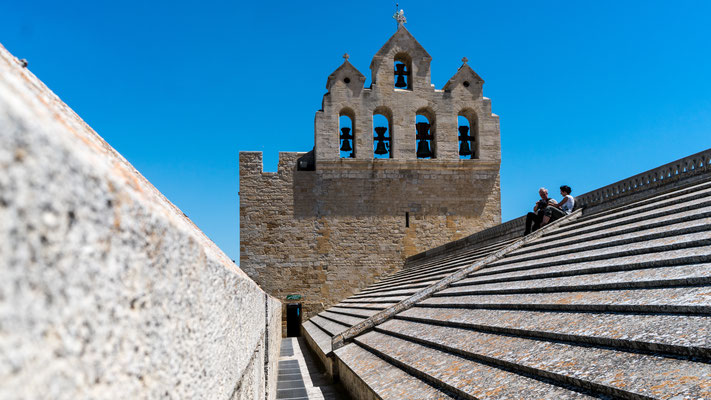 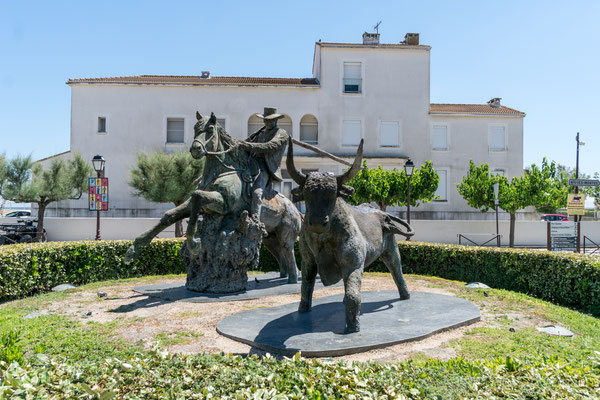 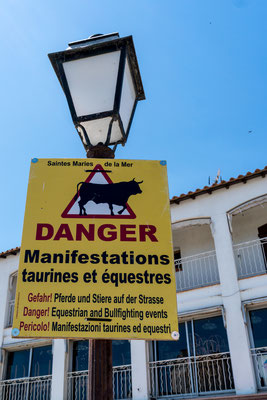 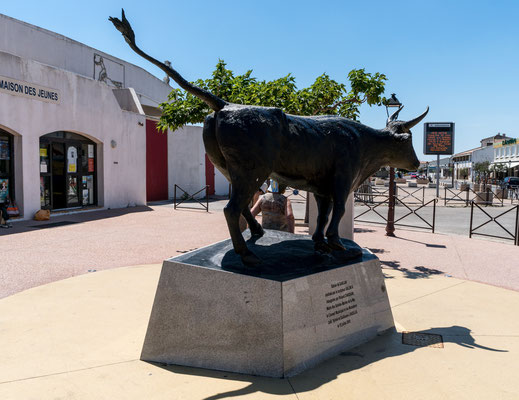 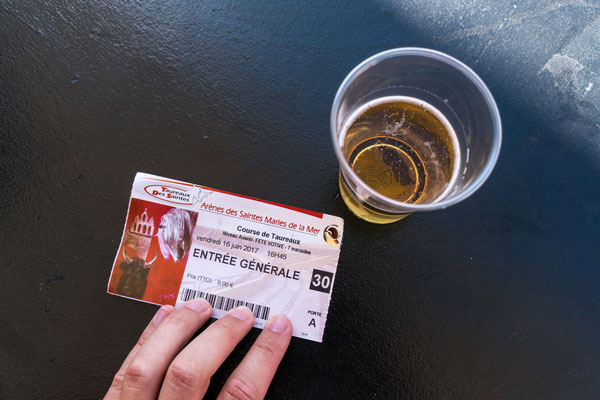 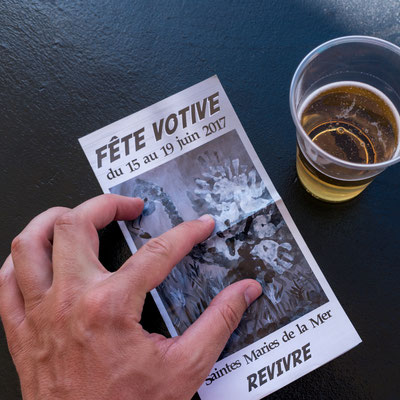 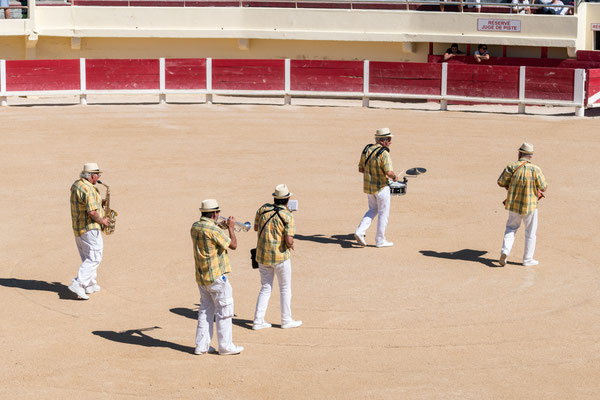 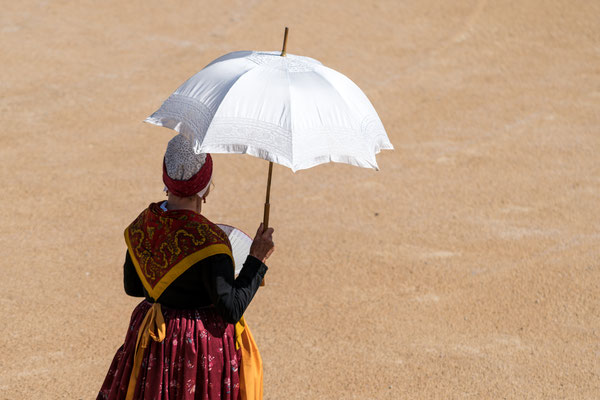 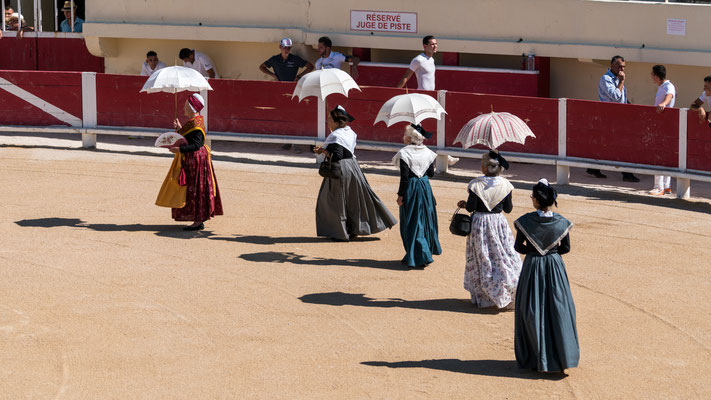 Course Camarguaise and the bulls

We didn't plan to go to the arena of Saintes-Maries-de-la-Mer. But the yearly Fete Votive was happening during our stay. A four day event including Course Camarguaise, or Course libre, which is typical for the Provence and the Landguedoc area. We asked around and got some explanation on this local version of bloodless bull fighting and decided to take a look. We wouldn't have gone for the typical Corrida bull fighting where normally the bull has to die in the end. At the beginning of each round the bull enters the arena and has it on its own for  minute or so. He paws and snorts and gets familiar with the place. 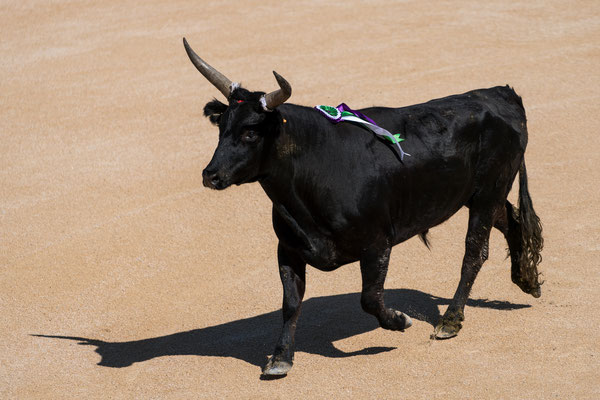 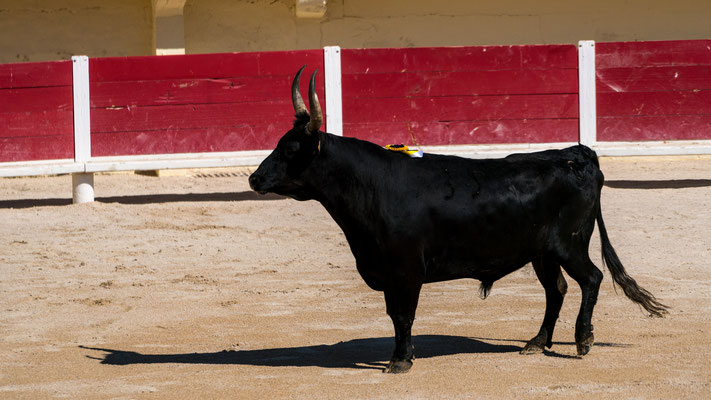 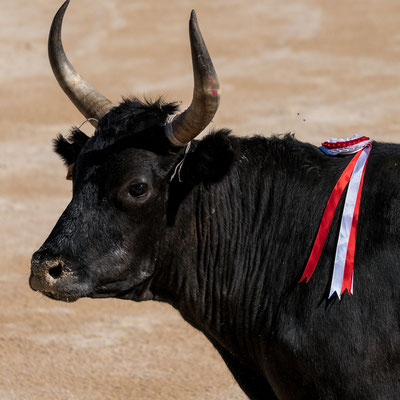 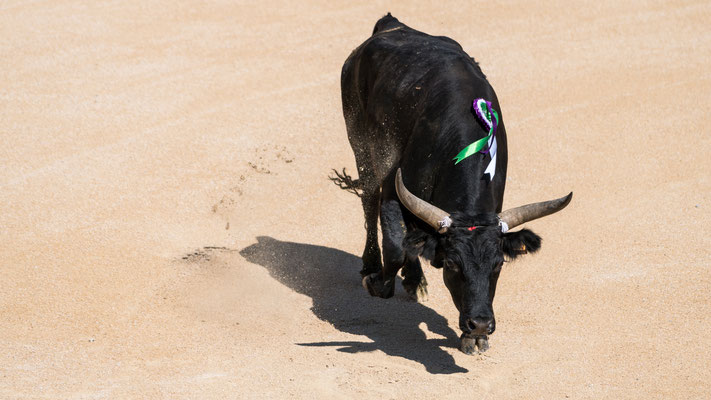 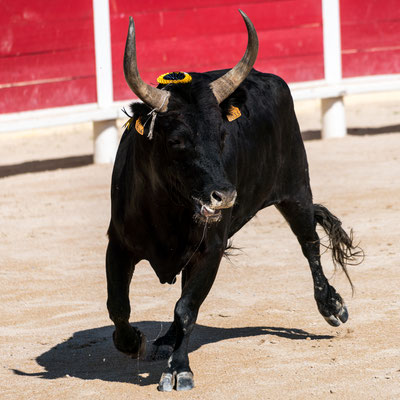 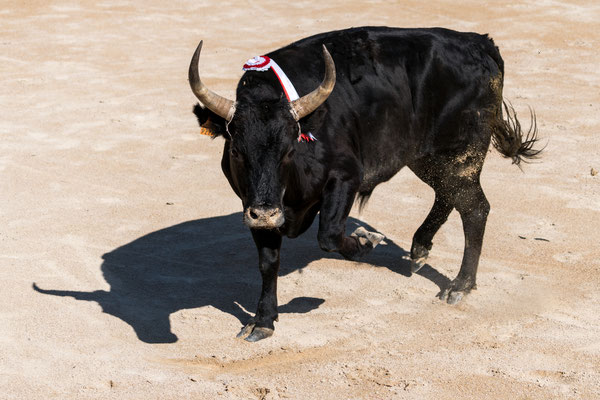 The objective of the Course Camarguaise is to snatch a rosette (cocarde) from the head of a young bull. The raseteurs try to take the cocarde with a claw-shaped metal instrument called a raset (hook), hence their name raseteur. The tourneurs try to help them achieving this by distracting the bull. So you end up with an arena of about 15 young men from the area that started training for this in their early teens against young bulls from the Camargue. Every round takes about 15 minutes and there is some prize money on the cocardes that is donated by local sponsors. After every round the bull leaves the arena totally unharmed and is herded back to its pen by gardians (Camarguais cowboys). There is a new bull for every round. The stars of the Course Camarguaise are the bulls. Nevertheless, the raseteurs and tourneurs also get their 15 minutes of fame with their white outfit of sneakers, white trousers and shirts with their names on it: Daniel, Bressy, Ameraoui, Gaillardet, Felix and Roux. 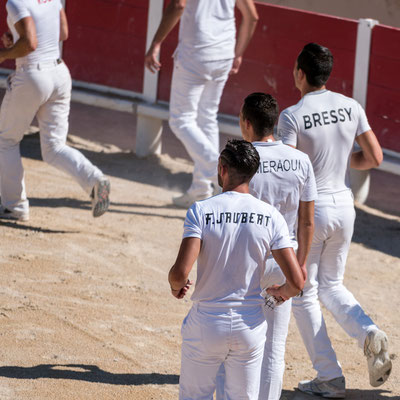 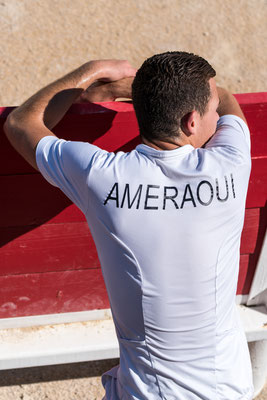 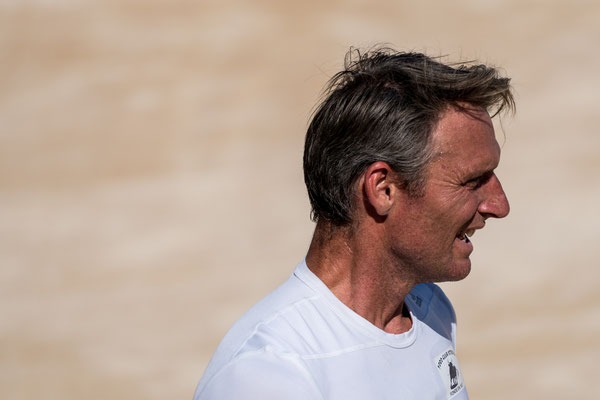 The tourneurs are distracting the bull, the rasetuers are trying to snatch the cocarde. 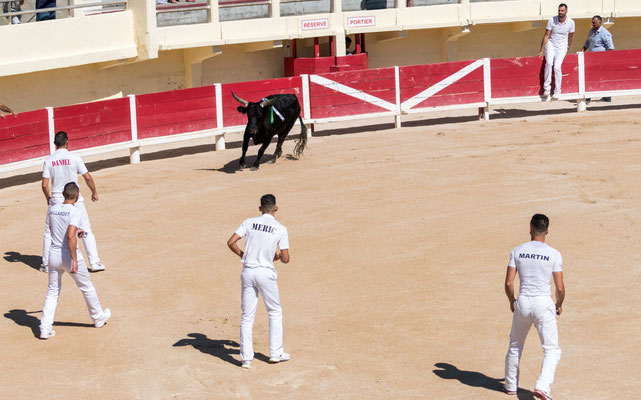 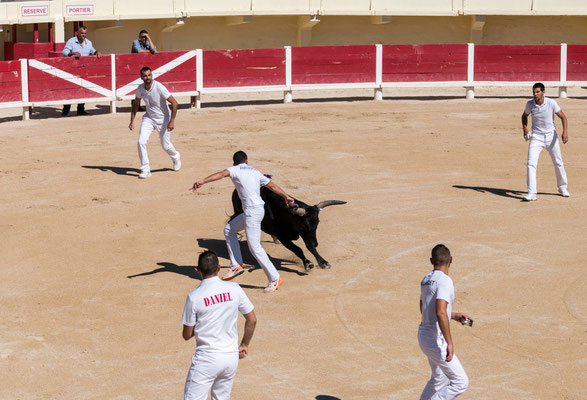 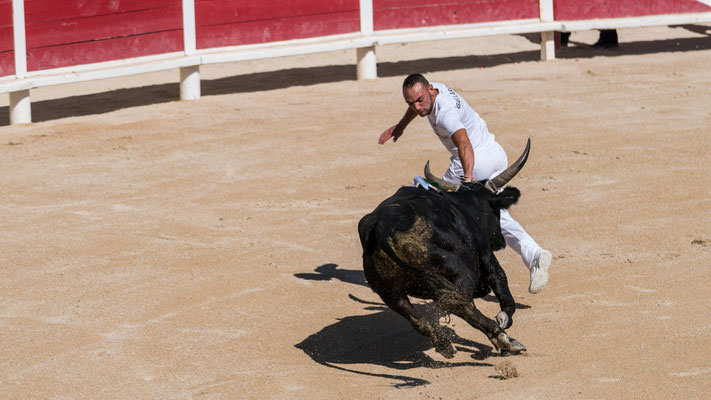 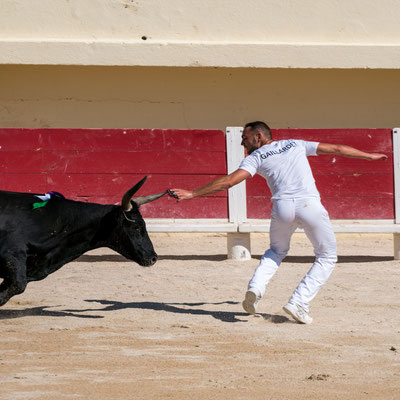 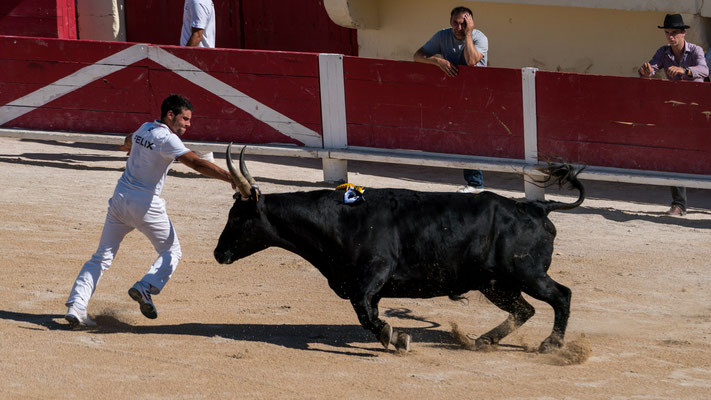 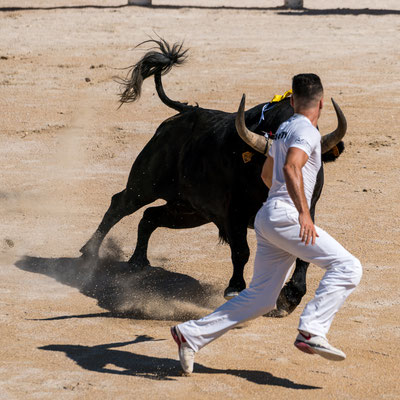 We hardly didn't know anything about Course Camarguaise and I guess we still do not understand the full story of it. But what we enjoyed most was for sure the artistic jumps of the raseteurs escaping the bull last minute whilst jumping over the wooden fence. Some of their jumps ended even at the first level of the spectators railing.

(Most of the pictures were shot with my new Sony SEL 70200G f4 lens that did a fantastical job with my Sony a6300 especially on the continuing focus.) 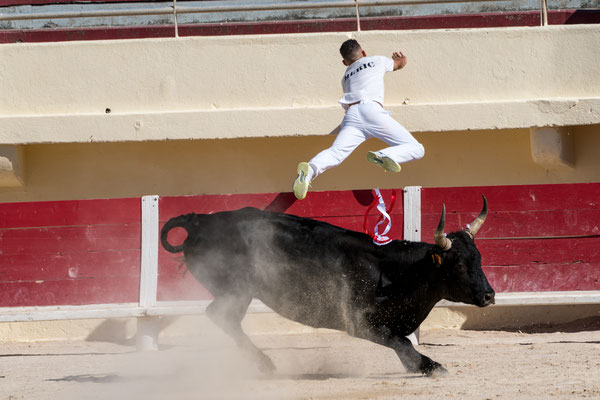 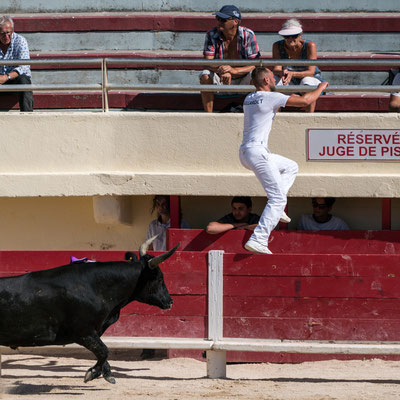 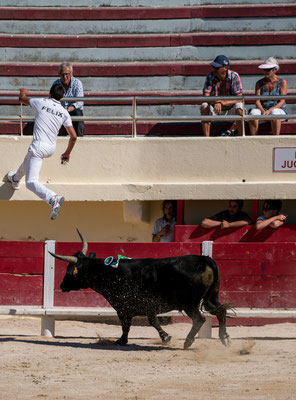 As I said in the beginning: This is meant to be a documentary blogpost of the local tradition and culture. We took a look because we knew that there wasn't the typical Spanish or Portuguese Corrida bull fight where the bulls die in the end. I only tried to capture the essence of this event with my pictures. Hope you got an impression of it. For more information check http://coursecamarguaise.com.